HTFSE – As the cannabis industry grows, so does its selection of products. In today’s ever-expansive set of options, a premium selection of cannabis extracts has been winning over cannabis connoisseurs in droves. We’re talking about Full-Spectrum Extracts.

Interested in finding out more about these premium concentrates? Stick with us as we dive into the basics of these terpene packed cannabis concentrates.

As mentioned before, traditional cannabis extracts weren’t always so diverse in their molecular composition. In the past, producers were much more efficient at singling out individual compounds like THC and CBD from the cannabis trichome. This was largely due to the type of extraction method used.

Traditional cannabis extracts utilized high-temperature extraction methods to isolate key cannabinoids such as THC and CBD. The reason why producers would only be able to isolate these compounds was because the main cannabinoids in cannabis naturally had a more robust boiling point when compared to terpenes.

That said, CBD and THC were able to endure intense heats while the less stable terpenes were either destroyed or evaporated.

As you probably had already guessed by their names, each one specializes in preserving a higher concentration of different compounds in the cannabis plant. The HCFSE takes on the appearance of sugary crystals while an HTFSE is more similar to a gritty liquid consistency. 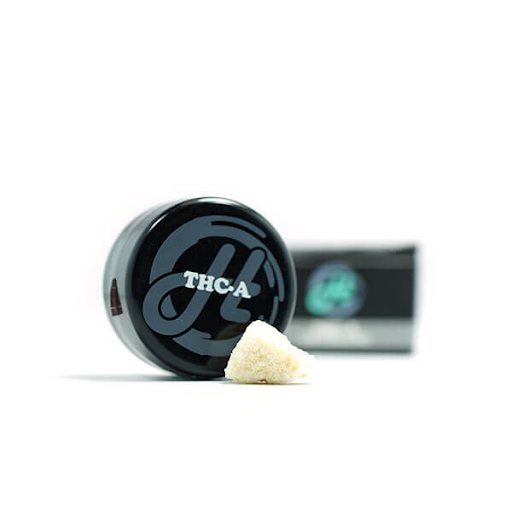 While both of these Full-Spectrum Extracts have a high concentration of THCA, HCFSE commonly dominates HTSFE in this category, sometimes reaching levels of 90 percent THCA, nearly doubling the concentration of that in HTFSE.

However, HTFSE can still hold its own with a THCA concentration of around 50 percent as its lower concentration is due to HTFSE being more prioritized in preserving terpene content rather than just THCA alone. As a result, HTFSE is able to provide an exponentially more intense and aromatic flavour when compared to most other extracts.

How is HTFSE Made? 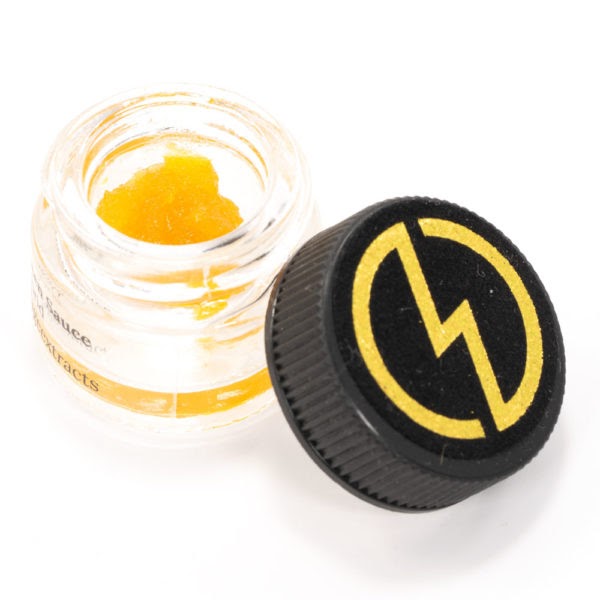 Creating a Full-Spectrum Extract is much more complicated than recreating your standard cannabis extract. HTFSEs requires both specialized equipment and ingredients to properly extract, including a hydrocarbon solvent, pressure, sub-zero temperatures, and a low-temperature boiling point.

That said, all HTFSEs undergo a professional extraction process that requires highly advanced laboratory equipment as well as top tier raw material, so making them at home is a long shot. But this is what really cements HTFSEs as a top tier product when compared to other extractions.

Do-it-at-home methods usually aren’t as strict and rigorous on the quality of ingredients as HTFSEs are, and this is due to the nature of the product itself. HTFSEs are designed to preserve and pack a vast array of terpenes, and this is only possible if the initial ingredients have a rich enough terpene profile to work with.

As a result, the quality of the input ingredients is paramount to creating when it comes to creating a quality HTFSE.

As a starting material, most producers will use either a fresh flash-frozen cannabis flower or a fresh cured cannabis flower of equal standards. Maintaining a low extraction temperature, producers are able to preserve the more unstable terpenes that are sensitive to heat.

The use of sub-zero temperatures allows producers to easily separate compounds within the cannabis with little resistance. It is during the primary extraction process when any non-valuable materials such as waxes, lipids, and fats are removed from the concentrate.

Once producers have isolated the concentrate, they utilize low temperatures to remove the solvent from the concentrate. Just as important as the input materials, the type of solvent is also critical to a successful extraction. The right solvent will accommodate the boiling points of the terpenes and provide a smooth extraction if chosen correctly. 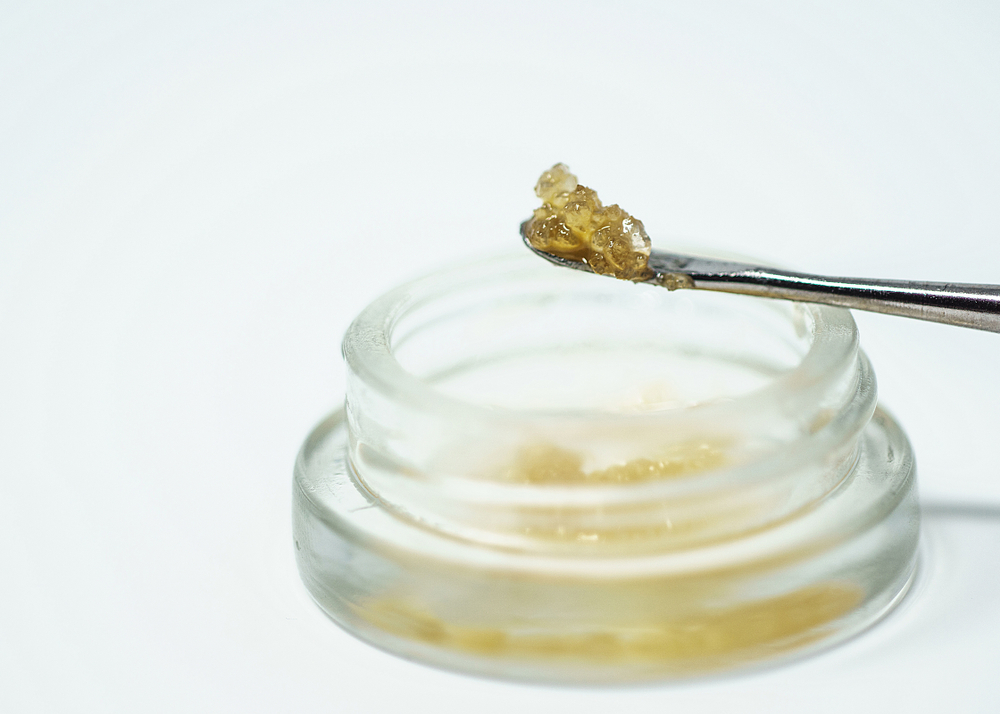 Many premium extractions regarding Full-Spectrum Extracts involve the creation of HTFSE diamonds within the concentrate.

These crystalline structures are THCA molecules that have been isolated from the cannabis flower, with its cannabinoid content being directly related to that of the flower initially used. Generally, the higher the THCA content, the easier it is to form diamonds from the extraction. 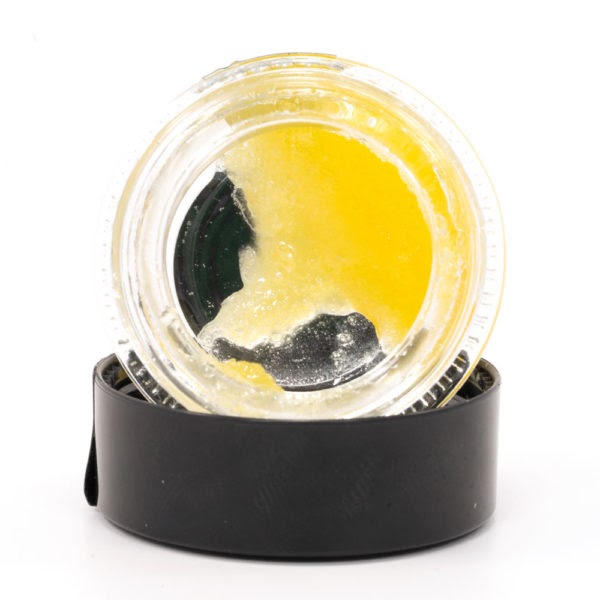 That said, Live Resin also takes on the form of a crystalline structure due to the presence of high THCA levels. Unfortunately, while the goal is to yield a large amount of high-quality THCA diamonds, not all harvests have a guarantee of developing these diamonds, due to nuances such as cannabinoid profiles, environmental circumstances, and various other factors.

Aside from providing bountiful flavour, the terpenes in cannabis are known to interact and transform the high in ways that cannabinoids alone cannot. The “Entourage Effect” as it is commonly known, is the phenomenon where the cannabinoids and other compounds work synergistically with one another to produce highly unique and specific results.

The addition of terpenes in a cannabis concentrate can add dimension to the high and boost the overall therapeutic value of the experience much like how CBD does with THC.

When it comes to premium cannabis extracts, it isn’t just the potency alone that will determine the value of the product, but rather the vast expanse of natural compounds that it can refine.

High Terpene Full-Spectrum Extracts are a prime example of this. While they may not be the most potent of extracts on the market, they excel in providing a fullness in the cannabis experience that others simply cannot.

If you are looking for a natural product high in THCA levels and packed with aromatic flavour and aroma, we would definitely recommend that you give HTFSE a try at least once in your life.

For the highest quality, safety, and variety of products, you’ll want to visit a reputable online dispensary in Canada. Government-run stores won’t even carry HTFSE so you’ll be hard-pressed to find anything even close from them.

The post What Is HTFSE – How Is This Extract Made? appeared first on The Chronic Beaver.